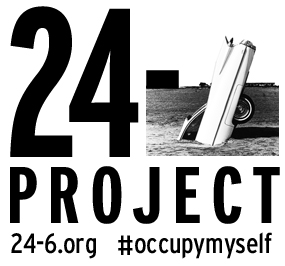 We Need to Keep Fossil Fuels Buried in the Paleozoic Ground.

Memorial Day Weekend, otherwise known as the start of the Summer Driving Season, commodity speculators and fossil fuel industry executives will be eager to see how prepared drivers will be to incinerate the oil and gas inventory currently flooding world markets – courtesy of, for the time being, Saudi Arabia and intensive US hydraulic fracturing. There is a way to boycott fossil fuels and signal to the oil industry we don’t need their stinking carbon nearly as much as they imagine. But first we have to be a little less obsessed with our cars, our machines and electronic devices say, once a week.

I remember the pained words watching a news interview of a father whose son was one of the first fatal casualties of the Iraq Invasion. Possibly it was the agony of his statement that explains the odd phrasing. He said his son gave his life for our American “lifestyle”. I believe he wanted to say American way of life. But maybe, lifestyle was what he meant. Under the circumstances it’s hard to find the words. Our lifestyle choices indeed ought to honor those fallen soldiers and align with the only words that ever seem to express the terrible loss;

“…that we here highly resolve that these dead shall not have died in vain—that this nation, under God, shall have a new birth of freedom—and that government of the people, by the people, for the people, shall not perish from the earth.” — President Abraham Lincoln, 1863

Idle the days not your car’s engine.

While you’re immobilized in traffic this Memorial Day weekend, encountering the annual accursed madness of our era yet again, remember Albert Einstein’s aphorism that insanity is doing the same thing over and over again and expecting different results.

Assuming most of us are relatively sane it would be difficult not to know we’re idling away the climate simply to escape a maniacal lifestyle. The advisable thing to do when you do arrive at your destination is to just…stop. For the next 24 hours relax. You have just experienced an extreme example of an ancestral problem — not participating in a stop day.

Here’s an epiphany; altering the way you use time will reduce energy use and CO2 emissions. There actually is something you can enjoy doing about this.

This summer, ditch the car and rush-hour commutes. And when you return to the regular workweek, you might want to experiment with a Sabbath Day or Secular stop day — one day a week off the grid. It can free your mind and open all kinds of unimagined creative possibilities. (It takes a little practice).

James Lovelock, the freethinking inventor/atmospheric scientist/ecologist who developed the Gaia Theory of our planet as a self-regulating organism remarked;

“It’s personal action that counts. Any biological activation starts with a single organism.”

He also said this; “You can’t win people round by saying they are guilty for putting (carbon dioxide) in the air.”

Indeed, we overwhelmingly now know just how over our heads we’ve come and can start focusing on the inspired things to do about climate change.

There is on closer inspection an unhurried wilderness of biota, migrations, parks and waterways, in your regional surroundings to explore. From community gardening in Detroit to rewilding our children in nature or, as a trail maintainer working The Long Path told me “We do this so other people can have a better experience”. There are myriad other possibilities of your choosing.

And even if your have one of those clever engines that shut down when stopped, we have much better things to do with our time on Earth.